A brief history of Hawking.

For the first time, cosmologist Stephen Hawking, a notoriously private man, has collaborated on a film of his extraordinarily eventful life
In 1962, when Stephen Hawking turned 21, he was diagnosed with motor neurone disease, which doctors said would probably kill him within a few years. Soon afterwards, he went to Cambridge to start a PhD in cosmology. The next two years were the most difficult of his life as he struggled to find a suitable doctorate subject while the crippling disease took hold.

But, as Hawking’s body shut down, his mind began to expand new theories about black holes that would change our understanding of the cosmos.

A new BBC film – an unprecedented joint venture between the science and drama departments – follows this extraordinary story of genius and determination, while trying to explain the complex science behind Hawking’s theories. Sarah Donaldson talks to the makers about a radical scientist and an inspirational man. 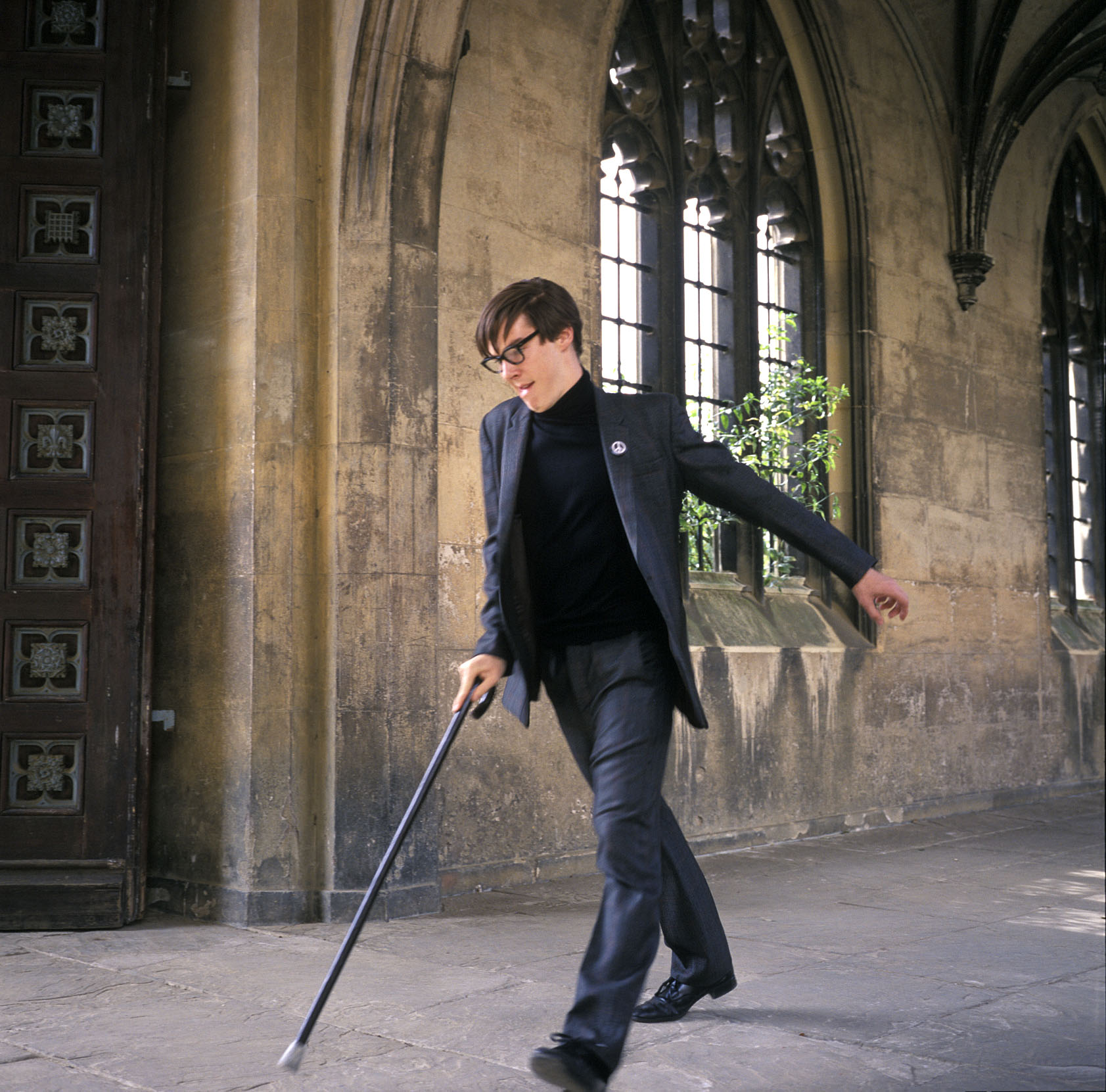 Hawking is a notoriously private man. How did you persuade him to agree to this film?

Philip Martin (director): I made a six-part documentary series with Stephen about the history of cosmology. During filming, it occurred to me that the journey the human race has made from not understanding anything to understanding so much about the universe is similar to the journey that every person makes individually when they learn about the subject. I saw parallels between Hawking’s personal story and his scientific one.

Peter Moffat (writer): Stephen has been approached many times before by film companies, but has always refused.

For scientists, there is this real ring fence between professional and personal territories, and I think Stephen had a fear of drama invading his personal life. After a while, he felt comfortable that we had managed to unlock the scientific side of the story.

Jessica Pope (producer): As it turned out, the script was a great challenge for Peter. In the first draft, we had people, including Stephen, talking about how he felt about his illness. When he read it, he said he never ever spoke about it. To say to a dramatist you can’t have your lead character talking about his life-threatening illness is a huge challenge.

How did you go about making such difficult scientific ideas palatable for a drama audience?

Pope: Drama allows you to understand something from an emotional perspective. In our film you see what it’s like to feel passionate about the physics of the universe – it’s a way of bringing people something that otherwise might be impenetrable.

Moffat: And the thing about cosmology is that the detail of it, the science, is really complicated. But the questions behind it are really big, fundamental questions. “Does the universe have a beginning?”; “Is it going to have an end?”; “What’s our place in the universe?”

As an actor, is strange playing a person who is still alive?

Benedict Cumberbatch (actor playing Hawking): It’s really odd when you meet somebody you’re about to play, and Stephen must have been as terrified by that as I was. I felt a huge responsibility.

The first thing you get when you meet someone with motor neurone disease is the complete person. You see past the disability instantly to all the rich complexities of a human character. It was very important for me not to let the symptoms swamp the character.

Martin: But, because Stephen’s been on The Simpsons, he was familiar with the concept that there can be somebody who looks like you but isn’t you. But Jane [Stephen’s first wife] came to the set as well, and she had never met another Jane Hawking. She was blown away by it.

In the film, Jane is a tower of strength for Stephen. She is just becoming his girlfriend when he is diagnosed, and yet sticks with him and eventually agrees to marry him. Why do you think she did that?

Pope: Plus, you didn’t have the legislation we have now. Disabled people didn’t have the access people have now to improvements in life generally and socially. She had endless battles to fight for him.

Her Christian faith seems an important part of her strength.

Pope: Yes, Jane didn’t find it difficult to accommodate what her husband was doing and still believe in God. Many scientists are religious. At a fundamental level, science and religion are connected.

Cumberbatch: But I don’t think that Stephen likes the linking of spirituality and science too much.

Pope: I think he understands it, but in different terms. He doesn’t give it labels.

Moffat: For Christians, the Big Bang is infinitely preferable to the previous received wisdom that the universe has always been there. We point out in the film that, if there was a beginning and there was a Big Bang, there’s room for God.

Martin: One of the things that happened as a result of the guys in the film – Hawking and his contemporaries – is that there has been a kind of Darwinian revolution about the cosmos. Whereas 30 or 40 years before it was just “there”, now we know our universe has history. They are the Beatles of science. They totally transformed the way we think about the universe.

Pope: Science at this level is ear-bleeding stuff. What you’re coming down to is that the universe started smaller in size than a pinhead. I think that’s why science and religion go hand-in-hand. Those big questions about where we come from have huge spiritual content.

Martin: One of the reasons that the Steady State theory got going was to try to put the scientific story of our universe on a kind of non-religious basis.

Steady State says any scientific version of the universe that has a beginning must in some ways be borrowing from that Christian mythology. It says, let’s be grown up and proper and technological. One astronomer said proving the Big Bang was like getting to the top of a hill and finding a bunch of religious people there saying, “Yeah, we knew that already!”

What do you most want viewers to take away from the programme?

Martin: I hope they see Stephen’s wicked sense of humour, his doggedness and determination shining through.

Moffat: I think the first things people generally associate with Stephen are the various personal scandals, like leaving his first wife, Jane. It would be great if our film helped them think first about the amazing things he’s done for science.

Pope: I want people to see past the iconic image of Stephen Hawking – of a frail man in a wheelchair – to see the phenomenal drive that made him turn that diagnosis into a spur for radical, revolutionary thought, and move forward into a future that he didn’t know he had.

He has ended up living 64 years. He’s lauded for his scientific intellect, but, as a human being, he’s an absolute inspiration.