On the move with Benedict Cumberbatch 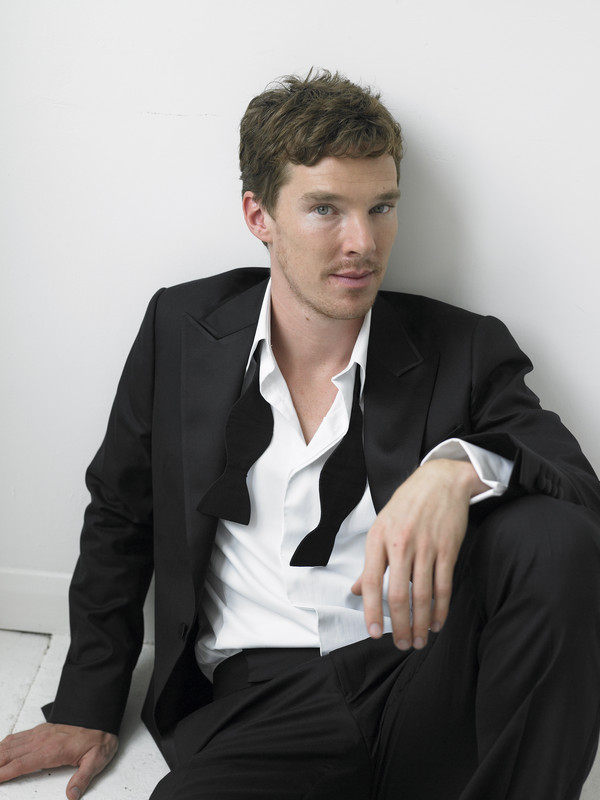 The first time we had the pleasure of meeting Benedict Cumberbatch, he was up for an Olivier Award in 2006 for a storming performance in Hedda Gabler. We met in a dusty rehearsal room at the Almeida Theatre and felt even then that he was going places. He has shown his worth on the big screen – from villain (in the magnificent Atonement) to boffin (Starter for Ten), not to mention PM (Amazing Grace) – and this year has taken TV by storm with a leading role in The Last Enemy and the fantastic Stuart: A Life Backwards. The latter has received widespread praise, being based on the book by Alexander Masters (played by Benedict) and his relationship with the homeless Stuart (a breathtaking Tom Hardy).

It must be, what, a year ago since we last met?
“It feels like a lot longer – and my postcode has changed since! The move to Hampstead is almost 100 per cent to do with the Heath. Come rain or shine, it’s just the most glorious place in London. I feel like I have come home.”

One thing we spoke about last year was Stuart: A Life Backwards. It’s out on DVD later this month, following on from a charity screening (for Cardboard Citizens). It’s proving to be quite a grower…
“I am glad. It’s a humble film in a way – it doesn’t shout things out at you. Stuart has been through so much of what other people have to deal with, but everything was seen to be concentrated on him. That’s the tragedy of his story – he had everything that life could throw at him. His story is so inspirational and it touches on things that affect so many thousands of people: homelessness, drug abuse, physical/sexual abuse, mental illness, physical illness… He really is an icon in a way, but a very unsung hero.”

Did you realise from the script it was sure-fire winner?
“I didn’t see it from the script. In fact, David [Attwood, the director] had to persuade me. I thought the mountain to climb was Stuart – it’s a hell of a role for an actor. But David said to me, ‘I think there are more challenges to Alexander than you’d imagine, there’s a lot less of him in the book, so you have got to build something with him and justify who he is’. Alexander had to be involved, there had to be a real friendship there. He’s a middle class writer meeting someone described as a chaotic homeless man for every reason we can think of – it is a real odd couple.”

For me, Stuart pipped your other big TV moment this year, The Last Enemy…
“I do think that was overly ambitious. It was a great bit of writing, but it should have been edited and made much sharper. The amount of confusion involved in the plot in order to keep people intrigued was too much of a gamble, but it was such fun to do. It was my first lead role in a series, so it was a big deal for me.”

What’s happened since then?
“I have been exercising the one power you have as an actor saying ‘maybe’ or ‘no’! I could have gone on a crazy run after Atonement [in which he starred opposite James McAvoy and Keira Knightley], said no to all theatre and chased the Hollywood big bucks… But there is something in me that wants to keep doing theatre, any work that involves being nearer the means of control. With theatre, you know what you are doing and you know what you’re a part of, and that can’t be taken away from you. You are collaborating, compromising and doing all the things you should in an artistic endeavour every single day, rather than having some exec coming in and saying, ‘No, he just isn’t right for this girl’. There are all sorts of innovative young companies coming through, as well as established theatres like the Almeida. In fact, when I was there I did look around Islington for a home and up towards Canonbury, which is beautiful, but I could even begin to afford living there! Luckily, I found somewhere at the foot of the Heath.”

When we last met, you were about to star in Rhinoceros at the Royal Court Theatre. How did it go?
“It went really well. It was incredibly difficult and I didn’t really get a handle on it until the Saturday after press night because we worked very intensively, so never ran the play until maybe the last day of rehearsals. But I loved it and I love the Royal Court Theatre so much. The Arsonist was a great experience as well. And I went back for more because Katie Mitchell wanted to direct me in The City. She is what it’s all about, she’s just phenomenal. You really know where you are, you can take on what’s she is saying and just use it as a tool to work. A lot of it is common sense – a lot of stuff you feel you’ve heard before, even if you haven’t heard it directly in the same breathe. She’s one of those people you really want to please, so you work incredibly hard for her. Dominic Cooke was the same, he was a fantastic director on Rhinoceros and such a lovely man. He runs that building [he is the artistic director at the Royal Court Theatre] with great style and flair – he keeps things bubbling over, original and challenging. There’s always an edge to the Court. To step out of all that was quite hard – it was a hard job, so there was relief there not having to do it every day. The City was about a marriage fracturing at the seams, the loss of the sanity of the adults and a child in the middle of it all. It was beautifully observed by Martin Crimp, very unsettling for the audience especially by the end, where everything has gone off into a dream reality. It was a hard thing to go through every night, but very satisfying as an artistic experience.”

Does theatre still mean the same to you now as when you started?
“I love theatre, but it doesn’t pay the bills. I moved just after Rhinoceros and The Arsonist had finished. I had this huge dilemma about whether I could commit three months to theatre again, but I couldn’t resist the play and the director – but the consequence of that now is I have to turn theatre down. It costs a lot as well – not just fiscally, but mentally and physically.”