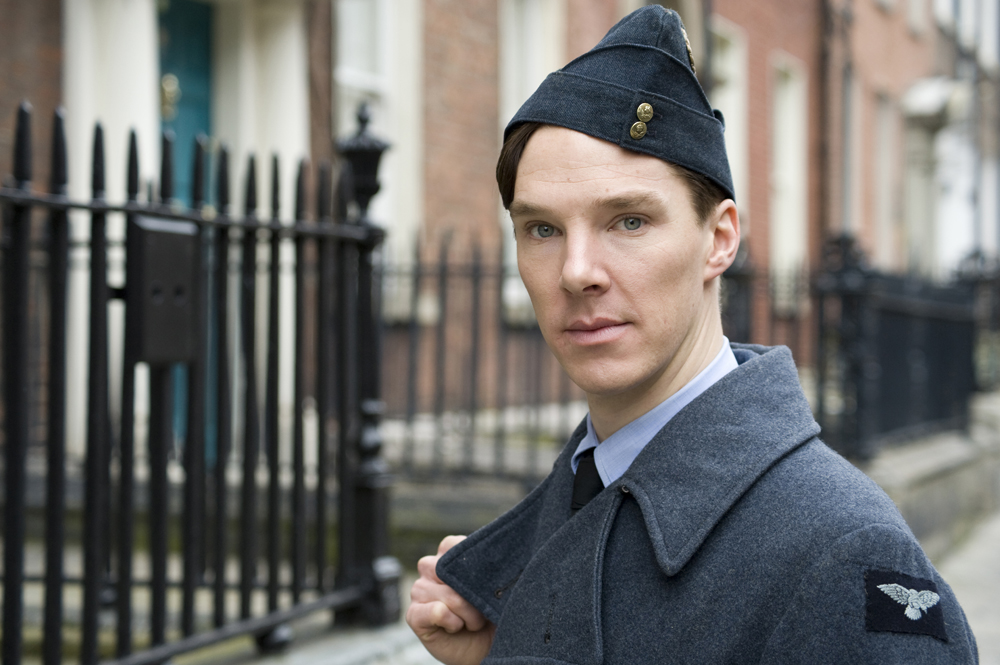 Andrea Levy’s epic novel, Small Island, was written in 2004 and became a firm favourite with readers and critics alike. Now BBC viewers can experience the story of West Indian immigrants in Second World War London on the small screen, thanks to Paula Milne and Sarah Williams’ two-part adaptation for BBC One.

In it, Benedict Cumberbatch plays Bernard, whose Earl’s Court home is turned into a boarding house by his wife Queenie. Bernard, who is a product of an age that placed signs in their windows saying “No Irish, no coloureds, no dogs”, is shocked when he returns home from a tour of duty to find Hortense and Gilbert, two Jamaicans, lodging under his roof.

Benedict has made a name for himself with impressive performances in films including Atonement, Starter For Ten and Saving Grace; and on television in Stuart – A Life Backwards, To The Ends Of The Earth and Hawking, among others. He is no stranger to playing characters that are not immediately likeable – in Atonement he played the seducer of a young girl. But he saw past Bernard’s “grey” exterior: “My character’s story is very much about the love of a single woman and the redeeming force of that love.”

Benedict explains that Bernard, whose father is a veteran of the Great War, signs up because of his wife: “Queenie demands that Bernard stand up and prove he’s a man. Up to this point all he has done towards the war effort is try to preserve the status of his area by refusing to let the bombed of East London come and live there, because they will bring down the tone.”

It’s hard to see any redeeming features in that description of Bernard, but Benedict insists that it’s not the actor’s role to find fault: “The golden rule is to never judge your character – you think subjectively about him so, while you can’t necessarily excuse his actions, you can reason them through an understanding of the circumstances and what motivated him: I think Bernard is very much a man of his time.”

That time was one of fear and protectionism, rationing and suspicion. “The Victorian world that Bernard’s father had fought for in the First World War had disintegrated in his eyes. Bernard has a snobby streak and it’s that snobbery that’s the soft underbelly of fascism, it’s where all that prejudice lies in the sniffy, curtain-twitching, proprietorial behaviour of little England.”

Benedict also reveals that the potential difficulties of playing Bernard were what drove him to accept the role: “I was quite nervous because in the book Bernard shares a quarter of the story – you go to war with him, and in India you see what makes him into the man that can’t bear to bring himself home to face disgracing his wife, instead taking himself into a ridiculous exile in Brighton. But in the film, the audience only knows as much as Queenie, so Bernard remains an enigma until he returns. When he does, the way he and Queenie console one another is terribly touching and very moving – that’s really what drew me to the project.

“It takes quite a long time to come around to Bernard’s perspective – even in the book. You see a man struggling to come to terms with his weaknesses and faults through trying to please his wife. And there are some small heroics involved in that – he has to lose everything first: his father, his wife and all of his dignity. I don’t think he’s ever going to become somebody who is able to admit equality with the West Indians but he will do his damnedest for the love of this woman.”

Despite being set in the Forties, Benedict feels the story has something recognisable to offer modern audiences:

“It’s a very important story to be telling now because it’s a part of our history which we haven’t explored enough, we are very good at revisiting our Colonial past or the Regency or Georgian periods, but we’ve neglected this highly relevant chapter which is about understanding where everyone’s come from and the beginnings of multicultural society.

“The issues of race, class, belonging and identity raised in the films are very current. We are living in a time where, through terrorism or recession, the borders are being shrunk and people are getting more of a ‘Small Island’ mentality again.

“It’s also relevant because we are living in an age when a black man is President of the most powerful nation on Earth and his legacy stands as a testament to the journeys of people like the characters in Small Island.

“Migration is going on today, as it was then – the West Indians who came to England then had fought for the ‘motherland’, as they called it. Queenie says ‘I don’t get why you guys want to come over here, you’ve got this incredible exotic paradise that’s your home and you come to this hard, dull, grey, prejudice-ridden country.’ The amount of hope people must have had, that this would be a brave new world for them and a new beginning: but they were welcomed very grudgingly – it’s quite disgraceful.”

Benedict’s character research encompassed studying the novel and some general investigation as well as looking closer to home: “Having the book is very helpful because you’ve got a blueprint and a hell of a lot of background – you’re not creating from scratch or trying to fill in gaps; everything you are doing is a contraction of the expanse of the novel, so you can always go back to it for information.

“I also went to the Imperial War Museum and looked into neuralgia and other forms of shell shock to do with Bernard’s father and what he was suffering from.

“My own grandfathers were a submarine commander and a ‘desert rats’ tank operator in the Second World War. I can also identify with the era through my grandmother, who was in a kind of time capsule until she died a couple of years ago – we would have family Christmases at her house and the memorabilia and the decorations were very evocative; it’s definitely a period I can assimilate and imagine very easy.”

Benedict also talks affectionately of his time filming in Belfast and Dublin, and describes the impressive care taken over the creation of the world of Small Island: “The sets in Belfast were astounding; we filmed in the painting halls where parts of the Titanic were painted, they are down on the docks near Samson and Goliath, the two huge yellow cranes that dwarf the skyline. The sets were breathtaking – the scale and the detail of decoration were just extraordinary.”

His first reaction on walking onto the Dublin street used for the film’s exteriors is one he may hope Small Island’s audience emulates: “There was smoke billowing down the road, nothing but a fire hose, some people running and a light in the corner of the road and it just looked stunning – it was like taking a step back in time, it took my breath away.”