Benedict Cumberbatch gazes out over the capital from the 15th floor of a London hotel and muses on how it felt to play a genius. 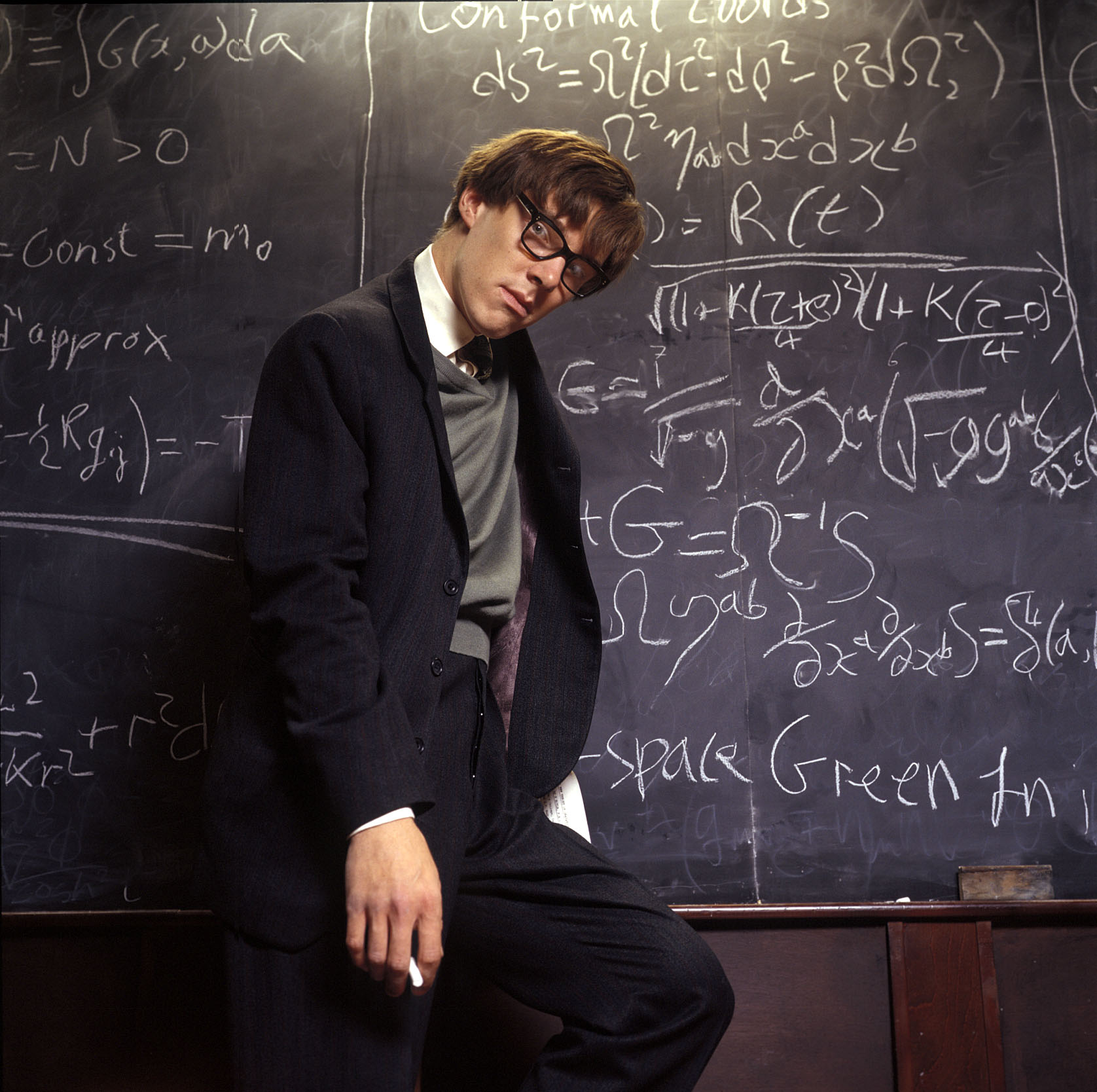 “Every single element of this role appealed, although it was daunting as well,” he confides.

“Hawking is an iconic figure and very well-known in the public conscience, although not at this stage of his life.

“That was another attractive side to it because, in a way, it’s carte blanche.

“This was a very rich and fascinating period because of the three strands of his life which are coming together, and those are the things which are interesting to play: this incredible brain finding a subject and having a moment of great realisation and inspiration; finding love and the most extraordinary relationship with the woman he would spend 25 years of his life with; and coming to terms with an illness which, at the time of diagnosis, would basically restrict his life to being of two years’ duration.”

During the moving and inspirational film, Hawking’s physical abilities — his walk, speech and manual dexterity – become painfully restricted and Benedict pays tribute to the Motor Neurone Disease Association, which introduced him to two people who had MND at very different stages, and who allowed Benedict to film them.

He continues: “They were remarkably brave in their frankness and honesty about how it started and what they’d felt emotionally and physically.”

Benedict, 28, also worked with a movement instructor from LAMDA, where he had trained for a year after studying drama at the University of Manchester.

There was just one week of rehearsal before shooting began.

Says Benedict, who also had to master some of the complexities of science: “It was tricky knowing what to concentrate on because great though the challenges of the role were, there was a lot to get right and a lot that could actually go very wrong, so it took me a while to prioritise and it was a gradual learning process.

“Every day, there’d be something else I’d get a bit more right and feel more confident about.”

During one scene in Hawking, Benedict is feverishly chalking scientific symbols on a blackboard.

“That had to be right as well,” he says.

“The people who know them work in split seconds and even on TV screens, they’ll pick up an inconsistency. It was very, very hard.

“There were a couple of equations that I learned and there were other ways of cheating,” he confesses.

“I’m not a mathematician or a scientist by any stretch. I’ve got a layman’s popular interest in the subject but it was just like coming into an Egyptian tomb and seeing hieroglyphics for the first time.

“It doesn’t make any sense  it looks like someone’s trying to communicate from an outer planetary orbit!

“There were certain symbols which mean a lot, like the infinity symbol, and we had someone on board who is a fantastic pupil of Stephen’s.

“He was great, and drew stuff out for me to have a look at the night before.”

Benedict adds: “Probably one of the hardest bits was concentrating on a man with a disability finding it increasingly difficult, over a long period of work, to physically put chalk on a blackboard.”

“One was before filming, which was terrifying,” he admits.

“He’s such a presence and you have to really know what you want to say to him or ask him because it takes such a huge, phenomenal effort for him to communicate with you; you think, ‘I really don’t want to waste this man’s time’.

“It was a script-editing meeting and we were both looking at each other from opposite ends of the table, then we just caught each other’s eye and smiled.

“It was really nice. At the end of the meeting, he said, ‘I think it’s going to be great, good luck’ and we all walked out on air.”

The second meeting was when Professor Hawking came on set during filming at Cambridge.

“I was dressed up as him as a young man, so there was lots of joking and I felt much more at ease with him,” explains Benedict.

“I was myself rather than thinking: ‘I’m a stupid actor, how on earth can I impress someone like this? I don’t know what to say to make me feel worthy of playing this man’.

“He was so accommodating and really sweet and he teased me. He said: ‘You’re better looking than me; I was more scruffy than you’.

“I’ve seen the photographs and it’s not true,” grins Benedict.

“But he was very funny and made me laugh. He’s got a good sense of humour. It takes a long time for a one-liner to come out, but when they do, they’re fantastic!”

Professor Hawking saw the film and declared he liked it. He added: “It captured the spirit of the time.”

Benedict says: “I was thrilled when I heard that, absolutely over the moon.

“That to me from him, knowing him and how he operates, is the biggest validation we can get and it was hugely important to me that he liked it.”

“This isn’t someone who’s lost in his own self-pity and depression about something which is extraordinarily catastrophic in a young man’s life,” he declares.

“At the same time, he turns that situation around and, in a way, partly uses it as a motivational springboard into his work and his life with Jane.

“Time, which he’s studying, suddenly becomes essentially finite to himself, and yet he’s looking at infinite periods of time. It’s a perverse irony.

“But it’s a story of hope, without a doubt, and a story of grace under pressure, how to conquer adversity and how a situation like that can be used for the positive.