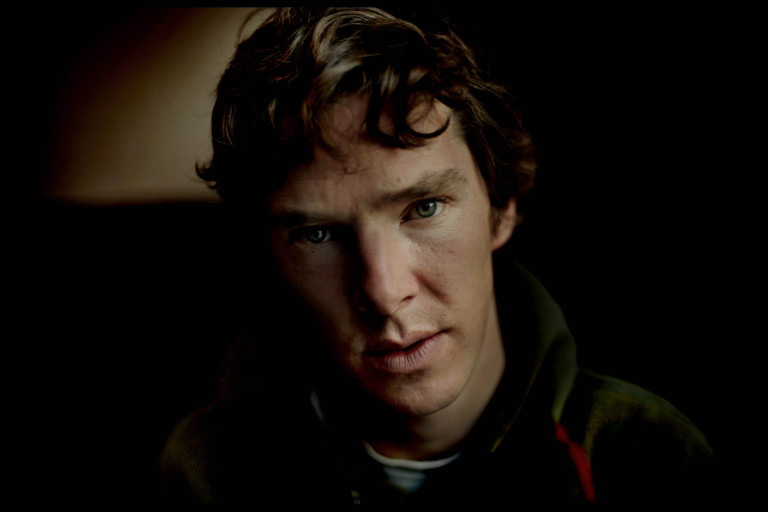 He has played toffs, geniuses, poets and PMs. Now Benedict Cumberbatch is facing his biggest challenge yet: playing a dad

One of the biggest changes in showbusiness has been the definition of what makes a famous name. In the past, it was far more likely that an actor called Bridget Jones would play a comic character named Renée Zellweger than the other way round. This came very close to being an interview with Ben Carlton, who played Stephen Hawking in an acclaimed television drama and is about to open at the Royal Court in London, in a new play by Martin Crimp.

“When I started, I just assumed I couldn’t be called Benedict Cumberbatch,” says the 30-year-old actor in a pub near the play’s rehearsal rooms. His father, an actor, had been persuaded by an agent to become Timothy Carlton, and so the son initially carried on the family stage name. “But then, one day, I told someone in the business what I was really called and they said, ‘That’s great, that’s something you can use to stand out.’”

Because acquaintances, interviewers and immigration officers tend to ask about it, the artist formerly known as Ben Carlton wishes that he had done more research into the derivation of Cumberbatch. He knows only that the clan was originally German and later became prominent in the Caribbean, where they were slave traders. He drew on this part of his DNA in the BBC adaptation of William Golding’s novels To the Ends of the Earth (he played Edmund Talbot, an opportunist sailing to the West Indies to make his fortune); he says, half-jokingly, that his role as William Pitt in the abolitionist film Amazing Grace was a sort of apology.

Although the range of historical periods is broad enough to avoid any appearance of typecasting, Pitt belonged to both categories with which casting directors seem to connect Cumberbatch: historical figures and precociously intelligent men. Stephen Hawking, his breakthrough role in a BBC film, belongs to both categories; the paranoid mathematician in the recent police-state-of-Britain TV drama The Last Enemy to the latter.

I also have first-hand experience of his creation of another brilliant prodigy. It is unusual to be intervewing an actor shortly after performing with him, but Cumberbatch plays the Romantic poet Chatterton in a Peter Ackroyd play on Radio 4 next week, in which I appear as an arts broadcaster. What struck me is that, although radio plays tend to be cast very close to transmission, Cumberbatch had already caught up with the Chatterton biographies and apologised for not having done more preparation.

More studenty than Stanislavski in his approach to roles, he likes to read or interview his way into a part. When preparing for his role in Amazing Grace, he arranged to be shown around the House of Commons by Pitt’s biographer, the shadow foreign secretary William Hague, though they didn’t drink 16 pints together. In the case of Hawking, he went to the source.

“I met him twice. But he was very ill after we finished filming, and I’ve never heard from him since. You have to be careful about this. Obviously, I would love to have an email relationship with him, but, then, what would those conversations consist of? I am an actor and he’s a nuclear physicist, and our worlds don’t collide. In fact, I could have got everything I needed from books, but there was this desire to meet him.”

Another complication was that Cumberbatch was playing the younger Hawking, before vocal paralysis and celebrity set in, so there was no possibility for Bremneresque observation of gesture or intonation. “There isn’t even any film from those days so, unusually in playing a real person, I had pretty much a blank canvas. Meeting him was really a touristy thing to do. I actually got quite uncomfortable because I was just sitting by his chair watching him and, at one point, our eyes met and I looked away, feeling like a voyeur. But then, I looked back and he cracked this huge smile, which I took as permission to go away and do what I had to.” Later, there was a more direct benediction. Hawking intervened, via voice synthesiser, on Cumberbatch’s behalf, in a dispute with Mrs Hawking and nursing staff over whether it would be OK for the actor to smoke a roll-up in the garden.

Although expensively educated at Harrow school, the actor is bemused that he is often cast as geniuses. “I suppose it’s flattering that you look like someone who could think this stuff. But it’s a confidence trick. You’re actually someone who, before shooting begins, has desperately been mugging up in the books he half-finished during gap year.”

Being cast as a real-life figure is also a matter of physical luck: slight and thin – with a face within the shape-range of Hawking’s now-famous features – he was always more likely to be auditioned than, say, Simon Russell Beale. “That’s true. But,” he demurs, “it’s an interesting area this, because, as an actor, you tend to have a nemesis … No, I don’t mean nemesis, but the person who gets your work. For a long time, I tended to be up against Michael Sheen for parts. There was a spell when people thought I had to play Kenneth Williams one day. I suppose because I have a long face, retroussé nose and have been known to be quite camp. But I would never have put us in the same picture frame.”

Another role notably played by Sheen – Tony Blair – may also wait. Cumberbatch was shocked when a backstage visitor to Ionesco’s Rhinoceros, in which he appeared at the Royal Court last year, told him that he had eerily resembled Blair on stage.

We talk about what it must be like to be Gordon Brown and Tony Blair at the moment, the latter surely unable to avoid taking some pleasure in the mess that his successor has made. I suggested that it might be the same for actors, hoping that another performer will fail in a role you wanted to play? “No. No, not really. But it can affect you and you have to be careful. It’s a dangerous thing, that negative energy. It’s difficult because what you do is both a career and an art form, but you have to learn to subsume any envy and not see not being cast always as rejection. It’s far more stark in films, where it’s all about a graph. Does this person tick the gay box, the married-couples box, the under-25 box and so on? You are commodified in a way that doesn’t really happen in theatre.”

While he has made an impact in movie toff roles – including Atonement and The Other Boleyn Girl – he is for the moment busiest on TV and stage. Martin Crimp’s The City, written in the playwright’s precise, fragmented, teasing language, is a dark domestic drama in which Cumberbatch’s character, Chris, is affected first by redundancy and then by other social subtractions. The director, Katie Mitchell, favours physical research, and so Cumberbatch has been visiting redundancy support groups and, because of one key scene, a supermarket meat counter.

Some aspects of a part, though, are not accessible through either reading or research. Chris, crucially, is a parent, while Cumberbatch, who lives with the actor Olivia Poulet, isn’t. So he was concerned about a bleak and foul-mouthed scene with the child performer playing his stage daughter. Similar action in a recent Royal Court production – Bruce Norris’s The Pain and the Itch – brought a visit from the local council, who satisfied themselves that child welfare laws were being observed.

Cumberbatch needed to reassure himself on the same issue: “That was the thing I was most apprehensive about. As an actor, you are aware of how a role can seep into your real life. When I was playing Hawking, I became obsessed with falling ill – so I was worried about the children. But there are studies showing that young actors are very strongly aware of the difference between fiction and real life. And we have worked very carefully with them in rehearsal, and their mothers are always in the room.”

His concern now is young people in the auditorium: during recent stage appearances, he has noticed that the rule of watching plays in silence no longer applies. “Texting and talking have become a real problem. But you have to understand that you can’t demand their attention, you have to command it. You have to make them behave by your acting, not by shouting: ‘Behave!’ There’s a famous story about the actor playing Dracula at a matinee and getting sick of the noise from the kids. So he jumped into the audience and seized one by the throat and roared: ‘Don’t you know who I am? I’m Count fucking Dracula!’ But you can’t do that.”