You may know him as Stephen Hawking, but Benedict Cumberbatch is one on his own, says Patricia Nicol 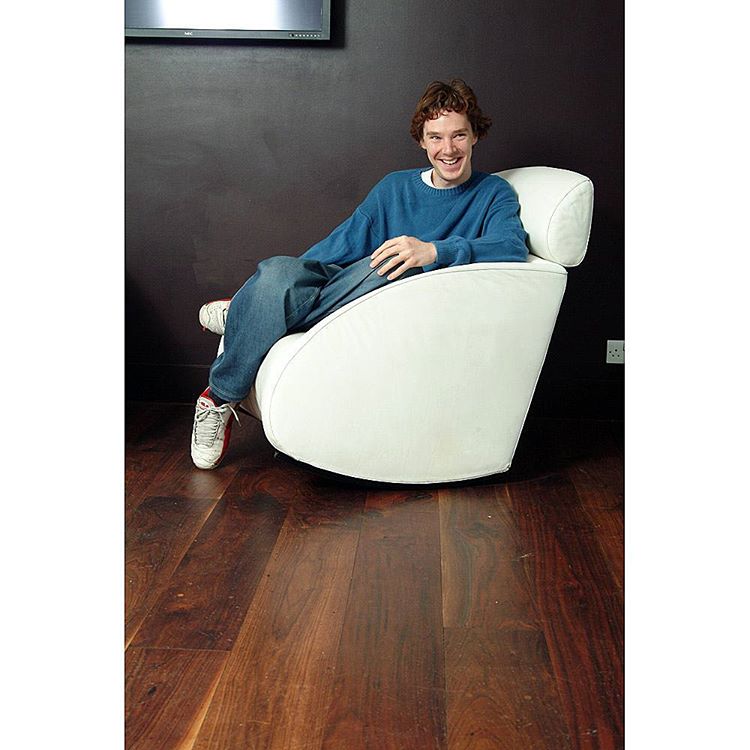 A young actor must take care not to be typecast. The Dickensian-monikered Benedict Cumberbatch is best known for playing Stephen Hawking, but he made his debut as Shakespeare’s fairy queen, Titania. “I only played ladies early on,” he recalls warmly, pulling on a Marlboro Light. “After Titania, I did Rosalind, which at least had some cross-dressing.”

This was at Harrow, where Cumberbatch’s actor parents (his mother is Wanda Ventham, of The Rag Trade fame) had sent their only child in the hope that he would receive a sound, rounded education that would encourage him to consider careers other than acting. Their plan backfired magnificently. From the first term, Cumberbatch thrust himself into the limelight. Did he never worry about how playing a fairy queen at an English boys’ public school might define him in the eyes of his peers? “Even then, I was conscious of being typecast,” he laughs. “After rehearsals, I’d be backstage, whipping off my Cleo Laine-style Titania wig and changing into my rugby kit. My voice broke late, but as soon as it did, I went straight into doing old men and character parts like Willy Loman in Death of a Salesman.”

Though the 28-year-old might first have made his mark playing pretty heroines, he is unlikely to find fame playing pretty boys. It is not just his gloriously old-fashioned name that is extraordinary (Benedict Timothy Carlton Cumberbatch, to give it its full, gouty gait) — so, too, are his looks. Cumberbatch has the rangy, gingery, wide-eyed features of a meerkat caught on the hop. Far from holding him back in a notoriously shallow profession, these distinctive looks have been put to compelling advantage in performances that have marked him out as a talent to watch.

That regular television viewers and theatre-goers may look at the photographs accompanying this article and register a blank is a tribute to the actor’s transfor- mative skills. So far, his best-known achievement is last year’s fêted performance in the 90-minute BBC television play Hawking. Cumberbatch played the Cambridge cosmologist at his life’s pivotal point; as his mind forged ahead of his peers’, his body succumbed to the motor neurone disease that soon afterwards robbed him of his speech and mobility. In his extensive pre- paration for the role, Cumberbatch sought out a movement teacher he had known during his postgraduate year at Lamda, and together they studied how the disease threw the body’s gravity. The performance won Cumberbatch not only a Bafta nomination but, perhaps more important, the approval of Hawking, whom he met twice.

On the London stage, Cumberbatch can currently be seen as Tesman, the unfortunate husband of Hedda Gabler. His inter- pretation of that role, as part of the director Richard Eyre’s stunning ensemble, is quietly revelatory. Often, Tesman is played as a slippered pantaloon, an insensitive, desiccated academic too self-absorbed even to notice his wife’s needs, let alone serve them. Here, Tesman is more nuanced.

“It’s more interesting for me to play him differently,” says Cumberbatch. “And it’s better for the ensemble, too. I’ve always felt it belittles both her tragedy and his to present this idea that, right from the start, they’ve missed the boat because she’s married an idiot.”

It is a television seafaring yarn, however, that could make Cumberbatch a household name, at least in leafier residential areas.

To the Ends of the Earth is a thrillingly serious-minded BBC adaptation of William Golding’s trilogy, set almost entirely aboard a ship bound for Australia in the early 19th century. Among its human cargo are characters played by Sam Neill, Jared Harris, Daniel Evans and Victoria Hamilton.

However, the undisputed star of the three-part drama is Cumberbatch, who is on screen in nearly every frame. He plays Edmund Talbot, an occasionally priggish aristocratic ingénu on what Cumberbatch describes as “a 19th-century rock’n’roll gap year”. Talbot is the sometime narrator and developing conscience; Cumberbatch’s face the shifting canvas on which Talbot’s responses and reactions are registered.

The four-month shoot, on the Indian Ocean coast of South Africa, was clearly an exhilarating, if exhausting, time. “We had this really brilliant mixed crew,” recalls Cumberbatch, “though it was possibly a bit colonial, because we had these Zulu boys who were literally employed to rock the boat.”

In the run-up to its big African-inspired season, the BBC may not thank its latest star for revealing how our licence money is spent in the developing world, but you have to like Cumberbatch for his good-natured guilelessness. There was the time he auditioned for the notoriously touchy director Trevor Nunn and called him by rival director Adrian Noble’s name. He tells another funny story against himself, about being up to play James Bond in a computer game. “Well, I don’t expect Barbara Broccoli to be on to my agent any time soon,” he says ruefully. “So this seemed like the best chance to play Bond I’d get. I went along in my tuxedo to this shabby, sweatbox office in Soho. After a two-hour wait, they made me leap over sofas. And the worst of it was, I did it. I left there having never felt as sullied by anything.” He is also entirely believable when he says that he didn’t resent Rhys Ifans for winning the Bafta gong — just taking his parents to the ceremony and wearing the Jil Sander suit he had bought for the occasion was excitement enough.

That Cumberbatch is ambitious is undoubted, but when asked what he hopes to be doing in a decade’s time, the currently single actor answers: “Oh, settled down, I hope. I’m very broody.” He adds only as an afterthought that he would also like to do Hamlet, films, “and work at the National, maybe in something like Richard II”.

Throughout the conversation, I have been distracted by noticing, every time he leans forward to stub out a cigarette or sip his gin and tonic, the label in his white shirt. It is not a flash designer name, but an old-fashioned Cash-style school tag with “Benedict Cumberbatch” on it in red thread. “Does your mother still sew in your name tags?” I tease as we part company outside the theatre where Hedda Gabler is playing. “Or have you just not bought a shirt in a decade?” Cumberbatch is mortified. “Oh, no. Am I wearing a shirt with a name tag in it? My God, and you noticed. I just hadn’t done any washing for a while, and this seemed clean. Oh, no — now there will be an article in The Sunday Times saying I’m a prat.” That is certainly not the aim.