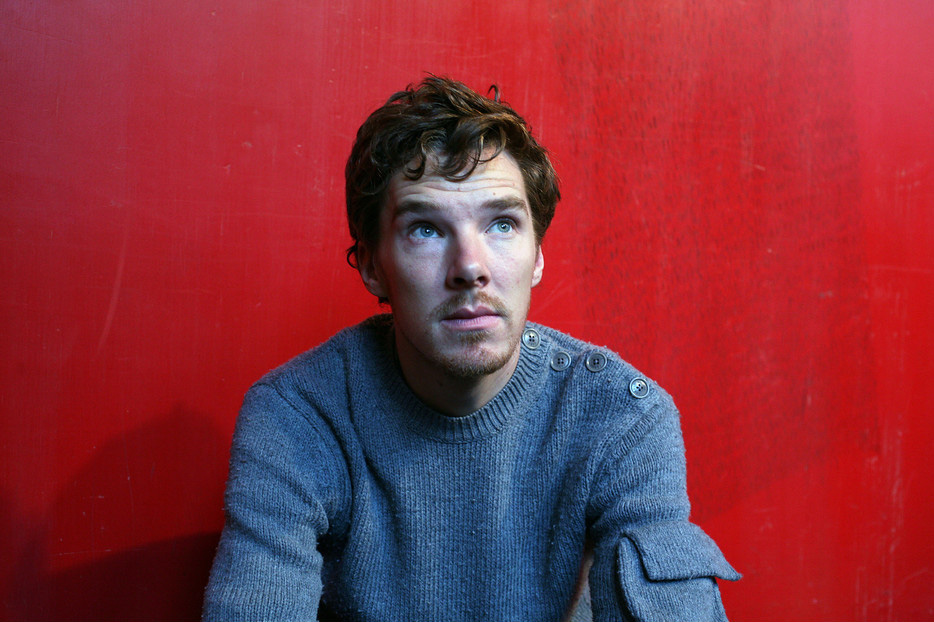 From Atonement to The Arsonists, Benedict Cumberbatch is a name to be reckoned with.

OK, let’s get the name out of the way first. Benedict Cumberbatch. Three syllables. Twice. It even beats Rasmus Hardiker, who played Steve Coogan’s sidekick in Saxondale, in the rising-star-with-a-mouthful-for-a-name stakes. It isn’t as ridiculous as the Celtic FC striker Jan Vennegoor of Hesselink, but it must have been concocted as some kind of joke. Surely?

“It’s actually my real family name,” says Cumberbatch, between forkfuls of fish salad backstage at the Royal Court. “When I first started I used the same surname Carlton that my father Timothy, who is an actor, uses. But I wasn’t getting very far and when I changed agents, my new agent suggested I revert. I thought Benedict Cumberbatch sounded a bit bumbly and messy, but they said it’s a great name, it will get people talking about you.”

It has proved an inspired move. After trundling along after leaving Lamda, Cumberbatch is going through a purple patch that started with his 2004 Bafta-nominated breakthrough role as Stephen Hawking in the BBC drama that charted the scientist’s life.

Roles in the Chris Morris sitcom Nathan Barley, the university quiz movie Starter for 10and the seafaring epic To the Ends of the Earth consolidated his reputation, and now things are really moving. He played the rapist cad Paul Marshall in Atonement, made waves in the BBC’s Stuart: A Life Backwards and is soon due to appear opposite Scarlett Johansson in Justin Chadwick’s sumptuous movie The Other Boleyn Girl.

All of which is not bad for someone whose parents – his mother is the actress Wanda Ventham – tried to put him off anything to do with performance, sending him to Harrow in the hope that a decent education might disabuse him of any showbiz notions. Instead, he ended up playing Shakespeare’s fairy queen Titania at school and could not stay away from the stage. Now he is treading the boards again in not one but two productions, starring in Eugène Ionesco’sRhinoceros and Alistair Beaton’s adaptation of Max Frisch’s The Arsonists.

The two absurdist dramas are running concurrently in rep, which makes sense as the themes intertwine. Rhinoceros nails the nature of peer pressure and conformity, as the residents of a French town gradually turn into huge, grey-horned beasts. Only Berenger (Cumberbatch) makes a stand. In The Arsonists, in its first major revival since opening at the Royal Court in 1961, Cumberbatch is Eisenring, part of a terrorist group that moves into the house of Biedermann, an upstanding citizen. And despite the group making no secret of their intentions, their host refuses to acknowledge what is going on, even as petrol drums pile up in the corner.

If Rhinoceros is a straightforward allegory for the rise of extremism,The Arsonists is a more ambiguous text. Cumberbatch, all sprinklings of swearing and gangly, nervous energy – one critic once called him “a meerkat caught on the hop” – explains that it has been updated to give it more resonance, but not too much. “We are not walking around with mobiles and laptops like they always f**king do with Shakespeare.”

The play could feasibly be read as a scaremongering post 7/7 rightwing text, saying that outsiders should not be trusted. But Cumberbatch – and Beaton, whom I speak to for clarification later – sees it more as an attack on the liberal Left’s appeasement. “I think it is a critique of a certain kind of tolerance in a pluralistic society which means that everyone has their shout and no one takes a stand about things which are fundamentally wrong. Within tolerance you still have to have limits, otherwise you are inviting your own destruction.”

This lean, gingery 30-year-old sees the double header in direct opposition to the social-realist tradition of the Royal Court and is full of praise for the controversial vision of the artistic director Dominic Cooke. “It’s definitely part of a new remit to steer the boat away from the usual cultural tourism of a middle-class audience seeing a life they don’t live, watching people injecting drugs into their eyeballs having come back from Iraq and realising they were gay.”

Being at the Royal Court also has a personal resonance for him. His father appeared here in the 1960s. “He did A Patriot for Me and The Knack, which was particularly tough. His father died halfway through rehearsals and this was in the days before mobile phones. My father arrived home and there was a hearse in the drive. He said, ‘Don’t leave that there, that’ll be the end for him’ and they said, ‘Sorry, that is why it’s here.’ ” If Cumberbatch is sailing into political waters with The Arsonists, he looks like staying there with his next television drama, The Last Enemy, in which he plays a mild-mannered scientist sucked into a global conspiracy. “There are comparisons to be made,” he agrees. “ The Last Enemy is also about what kind of state we are living in. It’s a political thriller, about ID cards, iris-scanning and the extremes that surveillance can be taken to, which are terrifying.” In his way his character, Stephen, is initially not that far from the Biedermann character: “He is complicit with the government, becoming a puppet for it and not realising what he is getting involved in.”

Unlike many British actors these days, who book a flight to Hollywood with the same nonchalance that most of us would book a train ticket to Hastings, Cumberbatch has largely resisted the lure of the movie world, but as a result the movie world has come to him. Atonement is about to open in America, which means he will have to whizz there to press the flesh, but it is not something he readily embraces. “You’ve really got to commit to make it there. I’m in a lucky position now that I can get enough good work to have a career here.”

While he admires his friend James McAvoy’s rapid rise, he is happy to stay in Sloane Square for the moment. “James is someone I respect immensely. I know I ought to say my ambition is to take over the world and be the lead in everything, but I’m really happy with the way it is going. One interviewer asked me if I was worried about being trapped in the theatre. I said, ‘It’s the best place to be.’ I know it sounds wanky, but as an actor the more I do it the more I need to do it. It’s very painful, but you have to do it. It’s very nourishing to be onstage, I get a hell of a kick. I’m just ambitious for the work to be good; I don’t strategise.”

For someone who doesn’t strategise he is doing pretty well. In the forthcoming The Other Boleyn Girl he has a brief sex scene with Scarlett Johansson. It was something he cleared with his long-term girlfriend Olivia Poulet (who played Camilla Parker Bowles in the TV drama Whatever Love Means) beforehand. “We had a giggle about it, she was fine. My sex scene in The Last Enemy was more explicit and lasted longer and that was harder. Sex scenes are never easy and shouldn’t be easy. Even if you were single and fancied the pants off them it would be hard because it’s such an unnatural thing to do in front of a film crew.”

It is appropriate that Cumberbatch is shining in the theatre of the absurd. Here is a man who sees the absurdity of some aspects of his profession. And as for that name…