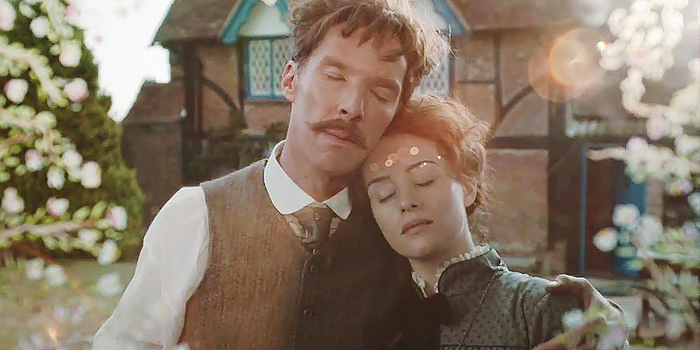 Benedict and Claire Foy talked with Digital Spy about The Electrical Life of Louis Wain, cats (of course!) and the responsability of portraying a real person. Check it out below:

Sorry to start with a hard-hitting question, but are you both cat people?

Benedict Cumberbatch: [laughs] Here we go. We are in secret. We dress up as them. We fetishise them. I don’t have a cat. I love cats, actually. I think they’re extraordinary. I’m not a cat or dog person— they’re so different to compare.

I think I would probably first try owning a dog, because I think there’s more hands-on stuff. But being on set with cats is a different story, as you may have heard me mention in the past in previous interviews. It’s a nightmare. I mean, kittens are great. They’re sweet.

Cumberbatch: You can fall in love with them and treat them as a little baby, which we do. We had to. It’s a hugely important relationship to have with that cat. They lick milk from saucers, and play with balls of wool. It’s all very lovely. And then once they get a little bit older than that, it’s a nightmare – he says, swallowing a swear word.

They just don’t necessarily want to do anything that you need them to do. But Will [Sharpe] was right to choose that over animation or VFX, for sure. The upside of it is that when they are there, you are utterly focused on them, like fire or a child. It’s just like, that’s all you can see. It gives you a very present-tense feeling of what you’re doing.

Claire, did Benedict behave better than the cats, or were the cats better behaved than Benedict on set?

Cumberbatch: I go wherever I’m told to.

Foy: He’s a very professional person. I think, on the whole, I’d give him a nine-and-three-quarters out of 10 for his behaviour.

Cumberbatch: And the cats? How would you score the cats?

Foy: The cats, for me, I loved the cats…

Cumberbatch: And then I did feel for the cat. Putting the glasses on a cat, that’s just not something a cat really wants to experience. It’s sensitive around their face. It’s everything to them.

Foy: There was no cruelty to the cats. The cats were incredibly well-treated.

Cumberbatch: It willingly put the glasses on at some point. We had to wait a long while.

Foy: And then you started making things up and I was dead.

Cumberbatch: It’s one of those extraordinary moments in the script, as well. ‘Can we stop it, Louis? I’m not feeling very well’, and I go, ‘Why? What’s wrong?’ and she goes, ‘I’ve got cancer, Louis’.

You read that, it’s darkly, richly funny and moving at the same time, and painful. That’s the wonderful world of Will Sharpe, our extraordinary director, and I think he tapped into something very true to the lived life of those two.

This film tricked us. We were expecting a whimsical biopic, and then it becomes something altogether more human. You’ve both had experience playing real-life characters before, more famous than Louis Wain or Emily. Does that make it easier when it’s someone who viewers won’t necessarily know about the lives of?

Cumberbatch: No, because you’re still playing with someone’s reputation and their actual life. You still have to have a profound regard for that. It’s a nice task to bring someone into the limelight who hasn’t necessarily had much of it in recent times, although he was very famous in his moment.

And the same with Alan Turing, I guess, as a comparison. Both of them, I felt immediately, emotionally, very rawly connected to it in certain regards. There’s a lot of joy and love and laughter and lightness and success and happiness in both of their lives, but there’s also some very lonely, isolating and depressing places to exist in.

In those moments, in both films, I started to grieve the actual experience that these people must have gone through, having just brushed against it as an actor. You think, ‘Holy shit. You were chemically castrated after helping us win the war.’

Louis was literally losing his mind in a world that didn’t understand him, with no support other than a pauper’s asylum to be locked away in.

So that overtakes you. It doesn’t necessarily make for good acting. You have to get the rudder back a little bit, but also lose yourself in it. But I can’t deny that some of that losing myself in it was very much bearing witness to what I guess they must have experienced.

Claire, people know the Queen, so how did it compare to The Crown?

Cumberbatch: They don’t know her Queen, actually, and that’s what was brilliant – sorry, I’m going to answer her question for her, I’ve had a coffee that’s caffeinated.

But for me, it was like going, ‘This is humanising someone we don’t know, because it’s like the origin story, in Marvel terms’. She hasn’t seen any Marvel films. I’ve seen all of The Crown. There we go.

Foy: I’ve seen all your other work, darling.

Cumberbatch: I know, that’s very true. She’s very supportive, I’m only teasing. But that for me was the miracle. While not straying too far from what you might have imagined were the constraints of that character or the freedoms of that character, you really brought the world a vision of a Queen in her youth that not many people other than her can remember.

Foy: I mean, I just feel a huge weight of responsibility if you’re portraying any emotion that someone has felt, because the risk is that you portray that and some people just go, ‘That doesn’t land with me at all. That wasn’t at all what it was like’.

But also, feeling an emotion and people’s experience – like portraying somebody who has cancer; portraying someone whose loved one has cancer – we don’t want to do that and just enjoy acting, and really enjoy pretending to be that.

I feel a huge weight of responsibility with every single role that I play that the emotion and the sentiment behind it is truthful and honest, and not just me enjoying feeling feelings.

Cumberbatch: Storytelling is representational in a very complex way, no matter what you’re doing, fictional or otherwise. I think it’s ridden with anxiety about doing as good a job as you can, to do right by that person, by that beloved, iconic character, by that fictitious, undiscovered character – whatever it might be. 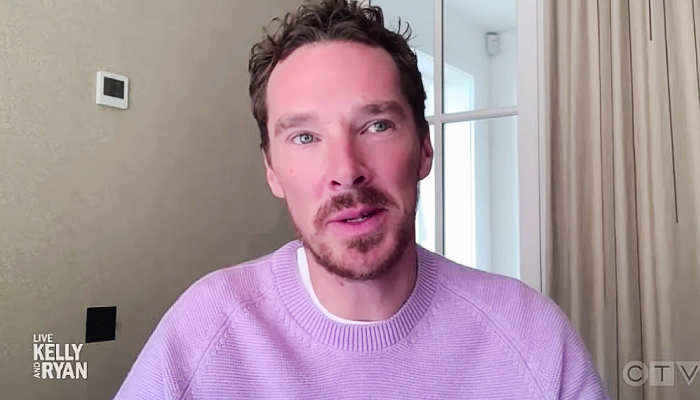 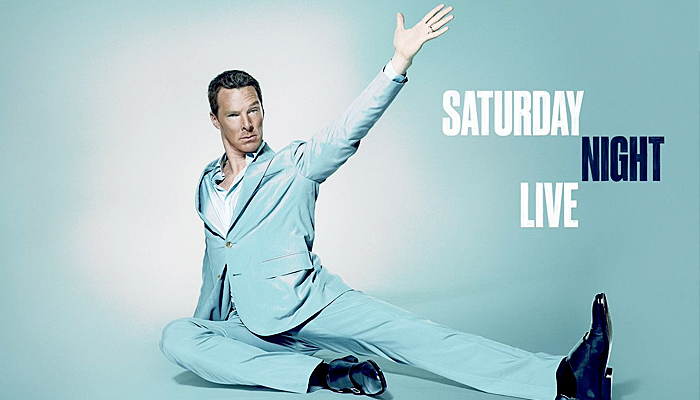 Benedict talks ‘The Power of the Dog’ with the AV Club