Benedict, alongside Dame Judi Dench Joe Lycett, Mo Gilligan, Shappi Khorsandi, Sir Lenny Henry and others, appears in a video titled “Funny is Power” to lauch this year’s Red Nose Day, which will take place on Friday March 19. Watch it below:

I think laughter is a panacea, it’s always been a national medicine. I think people reached out for it in lockdown. It was a comedy rather than a tragedy that people first went for.

I think it’s a way of getting through life’s difficulties and also, when you make light of something often, then it can just release the tension enough to breathe, to just have a moments respite from it; and that relief is much needed right now. There’s a reason why this is called Comic Relief.

Check out some screencaptures from the video, as well as the photoshoot for the campaign:

Dame Judi Dench, Benedict Cumberbatch and other stars chat about the power of laughter in a Comic Relief video launching Red Nose Day 2021.

The annual charity event, which takes place in March, will be raising money this year to tackle homelessness, domestic abuse, mental health stigma and issues created by the COVID-19 pandemic.

Comic Relief kicked off this year’s campaign today with a video featuring Joe Lycett, Mo Gilligan, Shappi Khorsandi, Sir Lenny Henry and others discussing how humour and comedy have helped them personally.

“Red Nose Day will be different this year. We know that it’s hard financially for so many people right now, but we’d love you to join us – even if it’s just to share a laugh,” Henry says in the clip.

“If we raise some money along the way then brilliant! We know that when times are tough, laughter can really make a difference.”

This year, Comic Relief is launching Share a Smile – a campaign aiming to bring more joy to homes across the country by encouraging people to place their favourite joke in their window.

There’ll be Red Nose Day events broadcast throughout the day on CBeebies and CBBC, culminating in an evening of live television on BBC One featuring live performances, hilarious sketches and one-off comedy specials.

You can read more about Red Nose Day 2021 here.

EDITED: New behind the scenes video posted by the Comic Relief official account.

“The Power of the Dog” announced as NYFF’s Centerpiece selection 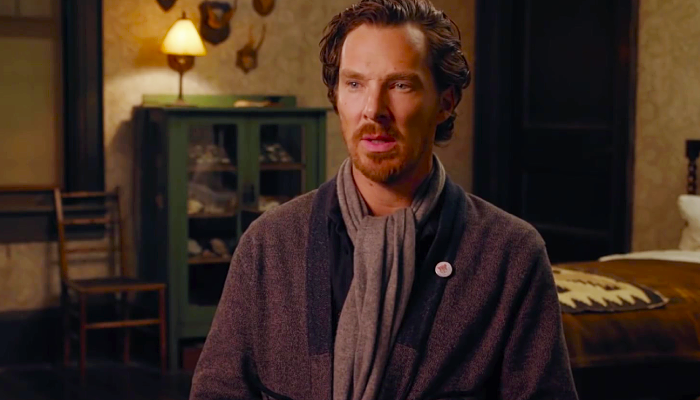