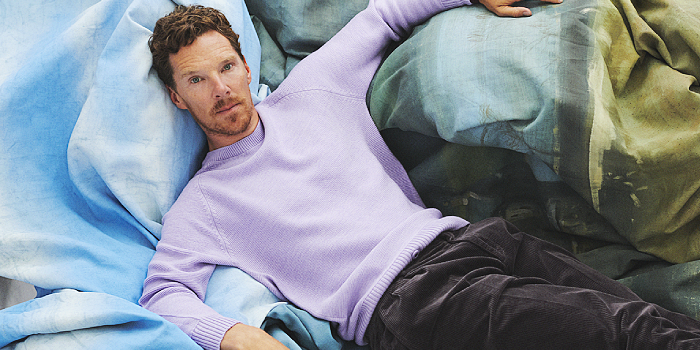 Benedict talks ‘The Power of the Dog’, going back to theatre and parenthood to British tabloid.

In a new interview for Baz Bamigboye, from The Daily Mail, Benedict talks a little more about his preparation for “The Power of the Dog”, if he plans to go back to theatre soon and a little bit about parenthood. The article also mentions a secret new project, with production scheduled to start next month!

Even with three major movies on the boil, family still comes first for Benedict Cumberbatch.

The actor, who’s dominating our big screens at the moment with roles in The Power Of The Dog, Spider-Man: No Way Home and the upcoming The Electrical Life Of Louis Wain, insists, when filming on location, that his wife Sophie Hunter and their three young sons come, too.

While he was promoting Avengers: Endgame in Los Angeles, the Oscar-winning director Jane Campion came a-calling to discuss a project — The Power Of The Dog — and was charmed by the sight of the Cumberbatches en famille at their rented home.

‘Just watching him be a family man told me who he was in an instant,’ Campion recalled later, as we chatted during a reception thrown by Netflix at the Venice Film Festival.

There was no audition, no screen test. All Campion wanted was ‘to meet my Phil’. That’s Phil Burbank: the deeply complex cattle rancher in her powerful adaptation of Thomas Savage’s 1967 dark novel, set in 1920s Montana.

Campion chose to shoot the film on location in her native New Zealand, with the grassy plains and craggy mountains of the South Island filling in for the sweeping vistas of the U.S. state.

But thanks to lockdown, Cumberbatch wound up being stuck in the southern hemisphere for eight months. ‘I wouldn’t have done the job without being able to take them [Sophie and the boys] in the first place,’ he told me. ‘Too far; too long away.’

Similarly, while he’s full of admiration for his friend Jessie Buckley (who was his wife in thriller The Courier), currently playing the role of Sally Bowles, opposite Eddie Redmayne, in Cabaret at the Kit Kat Club (that’s the Playhouse Theatre in London to you and me), he won’t be returning to the stage any time soon. Even though he admits he’s ‘aching’ to get back to the boards.

‘I have three small children [aged six and under]. It’s too much right now,’ he said. ‘I’ll wait until they’re a little older.’

Cumberbatch is preparing to face the cameras again in January, working with another ‘great director’ (though he refused to divulge further details).

In the meantime, The Power Of The Dog, hailed as one of the year’s best films, is storming through awards season — collecting a string of precursor honours for the Netflix picture, for Campion, for co-stars Kirsten Dunst, Kodi Smit-McPhee, Jesse Plemons and Cumberbatch himself.

He’s on track for a second Best Actor Oscar nomination to add to the one he received six years ago for his portrayal of Alan Turing in The Imitation Game.

Director Will Sharpe’s exquisite The Electrical Life Of Louis Wain, will open here on New Year’s Day, with Cumberbatch movingly portraying the artist who won a following for his whimsical pictures of anthropomorphic cats.

Wednesday saw the launch of Spider-Man: No Way Home, in which his character, Doctor Strange, plays around with time, to try to help Spider-man disentangle himself from a web of trouble. There are further Marvel Universe adventures coming in May, with the release of Doctor Strange In The Multiverse Of Madness.

Cumberbatch even has his own production company, SunnyMarch, which has developed a number of his films — Louis Wain, The Courier, The Mauritanian — and enabled him to combine work and family duties. But that doesn’t mean he’s cutting corners. To play Phil, in The Power Of The Dog, he took himself off to ‘City Slickers’ school in Montana, where he lived on a ranch to get into ‘that circadian rhythm’ of rising with the sun and sleeping with the sunset; and acquired skills ranging from herding cattle to playing the banjo.

‘It’s probably the furthest stretch I’ve ever had, from what I was born into and experienced as a kid growing up,’ he said of the role.

To get further into Phil’s head, he and Campion hired Kim Gillingham, a Jungian analyst, to do ‘subconscious work’ with them at her studio in Hampstead.

Cumberbatch kept a dream journal. ‘I talked to her about what I could remember — if I could remember — of my dreams; and it was remarkable. The questions are sort of private, obviously; but they relate to Phil and aspects of him that are like me, or aren’t like me. It really helped me focus on who he was.

‘He’s a deeply troubled soul who’s looking to the past, continually, and being left behind by the present and the future.’

Filming felt like it went on for ever; but there were rewards, too. Cumberbatch would ride out on Cricket, his horse, accompanied by dogs, to round up the cattle; and marvel at ‘the harmony of the different species . . . man, horse, dog, cattle, doing their thing’.

Louis Wain was a world away, literally and metaphorically, from Phil Burbank. Cumberbatch had been aware of Wain’s work; but until he started on The Electrical Life . . . he knew nothing of the artist and illustrator’s ‘quietly heroic’ existence in Victorian and Edwardian London, where he struggled to support his mother and sisters. ‘He was overworked, and thinly stretched,’ he said. ‘He had sisters scrambling for money. He was mentally fragile. Yet he managed to produce so much work.’

The beauty of Will Sharpe’s film is that Wain, and his eccentricities, are presented so matter of factly. The moments that moved me most are those with his wife, Emily Richardson, played by Claire Foy. ‘It’s a lifelong love affair,’ Cumberbatch said, of their screen marriage.

It’s actually the second time he’s been hitched to Foy. They played husband and wife in the film Wreckers a decade ago.

That was before both shot to mega-stardom: she through portraying the Queen in The Crown; he thanks to Sherlock and a series of increasingly major movies. 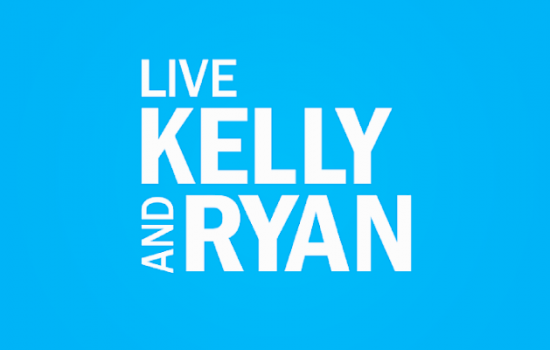 Benedict to be guest on ‘Live with Kelly and Ryan’ 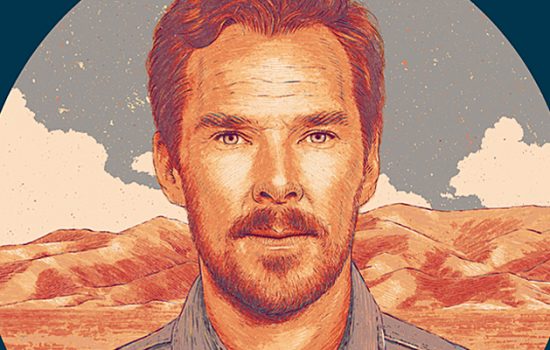