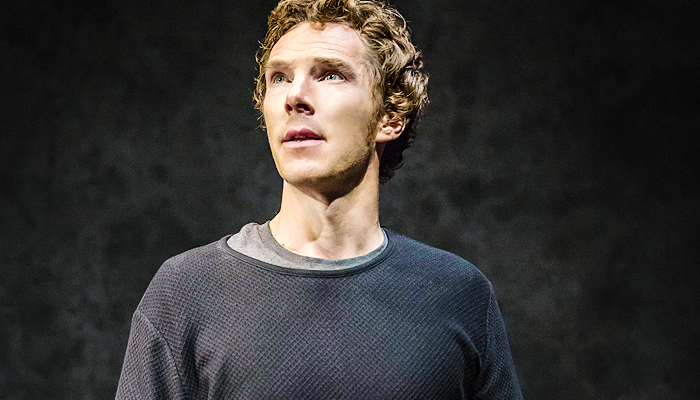 Five years ago today, Benedict made his return to the stage with the iconic Shakespeare character that’s on most actors bucket list – including his – and caused quite a stir. Today, we’d like to celebrate such milestone in his career.

When Lyndsey Turner’s production of Hamlet premiered at the Barbican Theatre in London on 5 August 2015 for a 12-week run, it was already a success. Actually, that’s an understatement: it already was the fastest-selling ticket in the city’s theatre history, a title it managed to acquire when the box-office opened almost one whole year before, when it also beat Beyoncé and Jay’s On the Run tour for most popular event on British ticket website Viagogo – by 214%.

That much buzz was followed by controversy and not because of the production itself, but because of two media outlets: British newspaper Times and disreputable tabloid Daily Mail both broke the show’s embargo and published reviews based on the very first performance, disregarding its preview period of two and a half weeks, which even motivated director John Tiffany to write an opinion piece for The Guardian on why and how that was a disservice to the play and the audiences.Benedict, on the other hand, made good use of the limelight: After performances, he’d make impassionated pleas to the audiences about the refugee crisis and criticise the UK governement’s “shameful” response to it (going as far as saying “fuck the politicians”, something he rightfully doesn’t regret). As far as we known, Hamlet audiences raised more than £100k for refugees.

It was a very busy time for Benedict: besides doing the play (sometimes twice a day), he had to buff up to play Doctor Stranger in his debut solo movie and, more importantly, be there for his first son, Christopher, who was months old. Even so, he ‘d take the time to greet fans at the stage door after performances in spite of have said he wouldn’t be able to do so the year before.

The hard work from the cast and crew paid off: it wrapped up its run with the same kind of mind-blowing success it kicked off with: its National Theatre Live broadcast in October was, to that date, the highest-grossing cinema opening of 2015 in the UK and Ireland. In December of that year, it had already made nearly £3 million at the box office and broken the record for largest global NT Live audience.

Happy anniversary, Hamlet! We can only hope Benedict’s next theatre project will be met with the same level of enthusiasm and acclaim