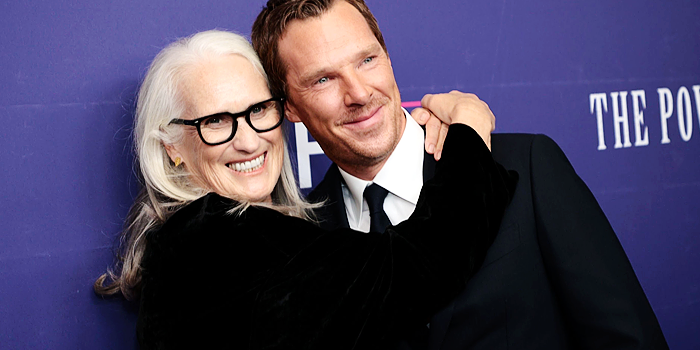 ABC Arts‘s published an interview with director-screenwriter Jane Campion about The Power of the Dog and one of the things she discussed was the casting of Benedict as Phil Burbank. Here are excerpts from the interview:

Benedict Cumberbatch is also a frontrunner in his Oscars category, for his portrayal of the charismatic Phil.

To prepare, Cumberbatch went to a Montana ‘dude ranch’ for several weeks, to train in Phil’s skills: not just riding and herding cattle, but tanning hide, whittling, even castrating a bull (for a key scene in the book and film).

Campion speaks about casting Cumberbatch with her trademark pragmatism, as less of a visionary decision than a practical one.

“I had a list [and] we [her co-producers] had a list … it’s almost [like] you don’t need a casting agent, [because] everybody knows who could finance a film — and so the list isn’t particularly long. And he was definitely on my list, up the top there.”

“And then I [also] wanted somebody who really wanted to do this role, because it’s a tough part.”

As she tells it, Benedict’s agent approached her, saying that the actor had read the material and was up for the task — and did she want to meet him?

“Someone coming to you like that is really important — because he’s the one that’s gonna have to do the work … he’s gotta make the time in his schedule to go and do dude ranch and all that stuff in Montana, and enjoy it.

“And I wanted to be able to, you know, talk to him, not be afraid of him; if he [as a person] was really [like] Phil, it would be really difficult.”

But Campion and Cumberbatch hit it off immediately.

“And I think the two of us just kind of told each other we were doing the job. And then we were saying, ‘Did I just offer it to him?’ [and] ‘Did she just offer it to me?’ Anyway, I went and told my partners, ‘I think I kind of offered it to him, I hope you guys are okay about that’,” she laughs.

“After that I actually got letters from a couple of other fabulous actors — I’m not going to name them — who also said, ‘I love this part, I want to do it’. But by this stage, I thought, you know, first come, first served; let’s work with Ben.

“And I did have a feeling that despite everything on the surface that makes him seem like the wrong guy, he is the right guy.”

By the time the film unwinds to its devastating conclusion, the viewer has a better sense of what Campion intuited in casting Cumberbatch.

And the extent to which the film succeeds — or resonates — for the viewer ultimately hinges on his performance, because the drama turns largely on the complexity of Phil’s character.

As we discover, Phil contains multitudes. He’s a man who can castrate a bull, roll a cigarette with one hand, and play the banjo with virtuoso skill; he’s as comfortable cussing as quoting Ovid in Latin.

Speaking to RN Drive, Cumberbatch said: “I think he sees himself in the world as someone who is — and he really is — very adept and secure in his masculinity. But it’s shrouding a very large pain and a trauma and an unfulfilled authenticity.”

“And ultimately, when he starts to open up — and the possibility of experiencing being loved and being able to love again is there — it’s taken away from him. So for me, it’s a real tragedy.”

Campion describes Phil as “one of the most beautiful, complex portraits of a man in American literature”.

“One of the reasons [Benedict is the right actor for the part] is that when someone has to put an enormous effort to get there with the part — because they’re not American, didn’t grow up with horses or whatever all the other requirements are — they tend to commit deeper … It’s not in their back pocket, they’ve got to really stretch themselves for it.

“And I think with an actor as naturally gifted in so many ways as Ben is, this is a beautiful challenge at this point in his career.” 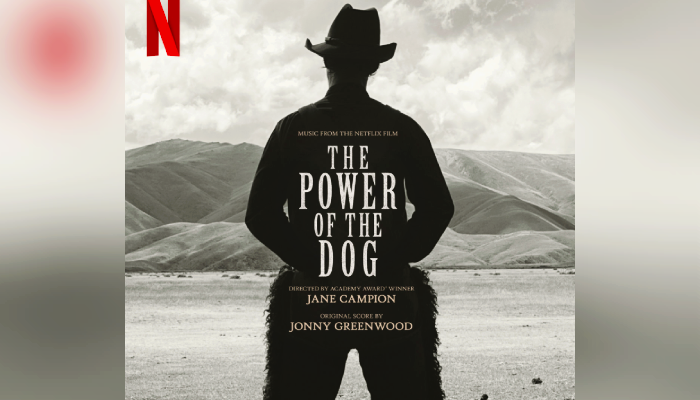