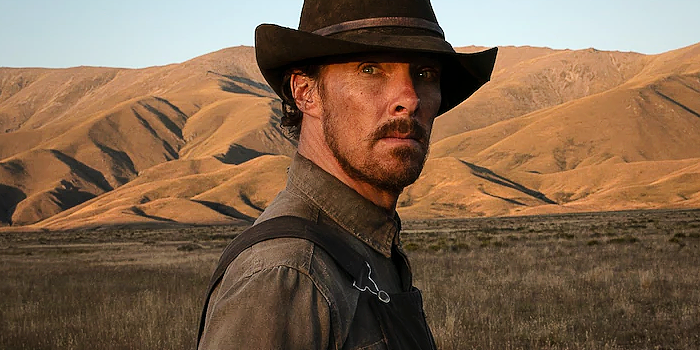 In an interview for the Academy of Motion Picture Arts and Sciences’ digital magazine A.frame, Oscar nominee Benedict Cumberbatch talked about working with Jane Campion, the challenge of playing Phil Burbank and doing super-hero movies. More below:

For ‘The Power of the Dog,’ Benedict Cumberbatch Delved Deeper Into Himself Than Ever

When Benedict Cumberbatch was a young boy growing up in London and West Sussex, the Wild West occupied little space in his playground fantasies. Instead of lone cowboys and gunslinging outlaws, his mates played superheroes. “Of course, Spider-Man was a thing,” he remembers. “Batman became a huge thing at school.”

Superheroes gave way to Shakespeare as he came up in the English theater scene, obtaining a Master of Arts in classical acting, but Cumberbatch found himself more and more intrigued by classics such as High Noon and Sergio Leone’s Spaghetti Westerns, and then revisionist Westerns like 1990’s Dances With Wolves. “I was young when I saw that, and I was enraptured by every single second of those three hours,” he recalls. “It was all-consuming, as great work is.”

“As I became an actor, it became a genre that I definitely wanted to experience,” Cumberbatch now tells A.frame. “Because of the connection to nature, because of how characters are placed in landscapes, and how much I love that—selfishly, as a human being—wanting to work in an environment outside of four walls.”

He found that, at last, in The Power of the Dog, which is from Thomas Savage’s 1967 novel of the same name. Written and directed by Jane Campion, the film is as much a Western as it is a psychological thriller, with Cumberbatch starring as Phil Burbank, a rancher in 1920s Montana, who is as all-consumed with his idea of what it is to be a man as he is with his bygone mentor, Bronco Henry.

“What excited Jane and certainly excited Iain [Canning] and myself about the idea of Benedict playing this role is we weren’t entirely sure what we were going to get,” explains producer Emile Sherman. “We just knew that Benedict is one of the truly great actors of his generation and of this moment, so we would be enthralled in some way.”

“I often work from the outside in, in order to then work from the inside out,” Cumberbatch says. After reading Campion’s screenplay, he set about accumulating information about the history of its time period and how that may have influenced his character, as well attending a weeks-long “dude” camp where he learned from an actual cowboy how to braid a rope, play the banjo, roll a cigarette and castrate a bull – all of the skills that Phil Burbank has mastered.

“The great thing about the challenges were I had this incredible parallel relationship with the director to facilitate discovering this character. And I’ve never had that proximity in a working relationship with a director over such a long period of time,” Cumberbatch says of Campion. “I hesitate at the word ‘challenge’ because it was just an utter joy from beginning to end.”

With Phil’s physical experiences living in his own body, Cumberbatch turned his attention in other directions. He and Campion would spend hours upon hours simply wandering London’s National Portrait Gallery in conversation, looking for paintings that added to their collective sense of who Phil is. With acting coach Kim Gillingham, Cumberbatch set out to delve into his psyche through Jungian dream analysis, named for Swiss psychoanalyst Carl Jung.

“Jane introduced me to that, saying, ‘I’ve never done this before! I’m doing this as a director, because I need to go places I haven’t been before, for this film. This is outside of my comfort zone as well. Are you interested?’ And I went, ‘Yeah. I’m completely game,” he recounts. “She always credited me as being very brave to just jump both feet in, but how could I say no? Not just because it’s Jane asking, but because what an amazing resource to tap into—to use your subconscious to dredge up things that connect you with the character or can point to answers or questions you have about the character and story and era.”

Producer Iain Canning says of Cumberbatch, “We needed an actor who could access so many different layers. We needed somebody who was going to be able to play high society American masquerading as a cowboy. We then needed somebody to believe within that that they were a cowboy enough that they were suppressing who their secret person is. It’s such a layered and complex role.”

Cumberbatch calls that the “gameplay” of Phil Burbank’s identity, and it was crucial that he comprehend the nuance of that before he could properly embody him. What Phil reveals about himself is as important as what he hides: To the outside world, he is the epitome of the cowboy archetype, but that hyper-masculinity is as adopted as the chaps he wears. Meanwhile, his true sexuality remains deeply, tragically repressed in a coil of lust and shame and fear.

“Jane and I slightly depart on this. I believe that he is as masculine as he is and also as gay as he is, as queer as he is, and I think both of those things exist in a way. She thinks that masculinity is a screen for his sensitivity,” he notes. “I don’t see that. I see a man who’s praised for his sensitivity by his comrades who have no idea of his sexuality. Whether it’s braiding or horse-riding or banjo playing. He does very sensual things, both in the book and in the film, that are not frowned upon as being unmanly activities.”

When Cumberbatch arrived on the New Zealand set (standing in for Montana of yesteryear), he was introduced by Campion as Phil Burbank. Everyone would meet Benedict once they finished, she informed the cast and crew. And so, Cumberbatch remained in character as Phil, which was possible only because of the extensive preparatory work he’d done.

“More than anything else, it basically frees you to let your intuition guide you on the day, to be free so that you’re not stuck in your head and problem solving,” he shares of his process. “You’re actually in the moment and abandon what happens in that moment, rather than being too prescriptive or overthinking or demonstrative. Just let things happen and let Ari [Wegner]’s camera and everyone else around you disturb Phil to see what comes up to the surface.”

For his efforts, Cumberbatch earned his second Oscar nomination for Best Performance by an Actor in a Leading Role. (His first came for 2014’s The Imitation Game, which ironically also saw him playing a man whose sexuality sets him apart from the wider world.) The Power of the Dog earned 12 total Oscar nominations, the most of any film this year.

In reflecting, Cumberbatch believes that what he took from this experience is “to trust that less is more.” “And to know that you can let go. To know that you can collaborate with a great director. You don’t sit back. It’s a conversation. I fought for her and I fought with her, and we both fought for a vision of this extraordinary character,” he adds. “To not get in your way. And to be fearless. To be absolutely fearless. It really helps when you’ve got someone who is as fearless as Jane by your side, though.”

The Power of the Dog wrapped filming in July 2020, following a brief production shutdown due to the COVID-19 pandemic. Shortly thereafter, Cumberbatch returned to set, this time to play Doctor Strange.

The end of 2020 and much of 2021 were devoted to his fifth and sixth outings as Marvel’s go-to sorcerer, first taking him to Atlanta to film Spider-Man: No Way Home and then to London for Doctor Strange in the Multiverse of Madness. Although the experience of going from The Power of the Dog back into the outsized Marvel Cinematic Universe could give any actor whiplash, Cumberbatch’s approach remains the same.

“They’re very different muscles, and there’s the fractured and piecemeal process of putting a huge epic superhero movie together that’s different from the continuum you can sometimes get with a technically more simple film,” Cumberbatch says. “You may do an amazing number of takes with a harness that’s trying to chop you in half and acting against a green screen with a tiny pink dot at the edge of a matte box, as opposed to being in the landscape with the animals, with the actors, and with the crew almost non-existent as they’re shooting on a long lens far away,” Cumberbatch explains.

“Yet the intention in the moment to sell the story, to be something other, and to create a moment of authenticity is the same,” he continues. “And it’s equally as hard to be a sorcerer waving your hands around and creating magic and fighting foes and everything in between as it is to be a ranchman on the back of a horse trying to figure out the relationship he has with this man-child. The acting challenge to create authenticity in both environments is equal for me. And they’re equally rewarding in very different ways.”

As someone who regularly stars in both superhero blockbusters and arthouse pictures, he is also uniquely suited to advocate for both. Cumberbatch is empathetic to the plight of auteurs in modern culture and doesn’t believe that spandexed heroes are leading to a monoculture and the downside of cinema as we know it.

“And lucky me that I get to do both. I mean, Christ!” Cumberbatch exclaims. “Honestly, what a great position to be in. To dance with Jane Campion, and then, Sam Raimi – in two completely different universes. It’s just wonderful. Well, many [universes] in the case of Sam Raimi.” 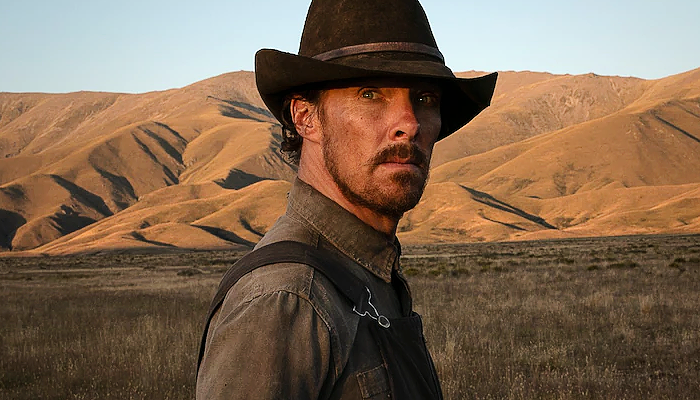 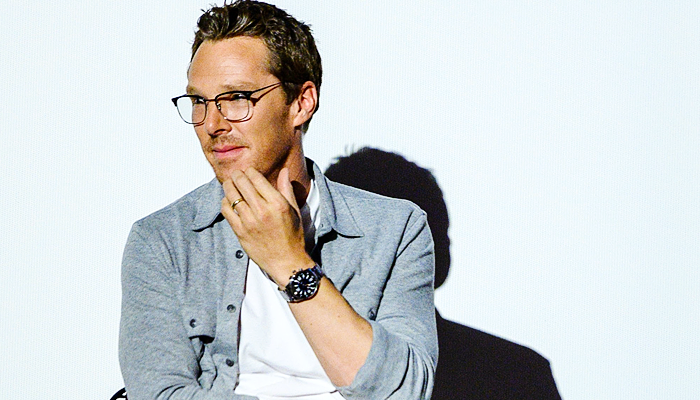