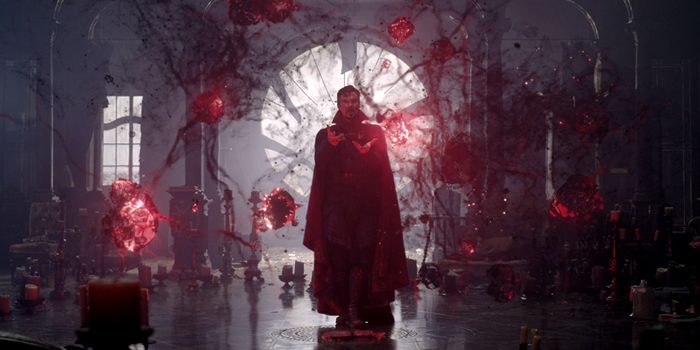 Today, Collider published a rundown of the event! Check out Benedict’s answers below:

Benedict, what’s it like to play a character that came in later on in the MCU, and now you’re kicking off this next bit?

Does he feel like an elder statesman now? How did you approach that shift?

CUMBERBATCH: Less of the elder. No. He’s quite a maverick. He’s quite an outsider. He doesn’t immediately strike you as a leader, despite his prominence in the MCU, at this moment. That’s what makes him really interesting and conflicted, as a hero. As Sam alluded to, it’s the humanity that keeps people coming back for more. I think we see in this film an interaction of somebody who we’ve seen as very omnipotent, very creative and omnipresent, and yet we haven’t really understood what the cost of that is and what it is that’s fueling that, both him as a person, but also within this mysterious realm of sorcery and magic.

This is about examining that and finding his flaws, his faults and his humanity, as well as his strengths and renewing our understanding of him and deepening our understanding of him. So as far as a leader goes, this is more of a self-examination, holding up a mirror to him through this incredible narrative structure we have of a multiverse of other-selves that it is examining what his potential is to lead. He’s far better at being a collaborator, at working with others, and at realizing he can’t always be the one to hold the knife and control it all himself. Those are pretty leader-like qualities, I’d say. He’s evolving.

We got some glimpses of that, between him and Peter Parker.

CUMBERBATCH: Exactly. That was him trying to be an adult and a guardian, but getting it very wrong, to be honest. There was some poor parenting in that film. He got angry with the kid. He tried to take the toy back. It all went a bit wrong. But he’s not rigid. He’s a very flexible character who is malleable to his experience. He’s a very quick learner, not just intellectually, but emotionally now as well. He’s deepening his emotional language. I would say he’s a maturing leader rather than an elder one. I’m the first person to call out that I’m 45, so it’s fine. You’re not the first to say that I am. I’m only teasing you.

Between Dr. Strange and Wanda, who’s the most powerful sorcerer?

OLSEN: I think we all know who would win.

CUMBERBATCH: She’s pretty all-powerful, let’s be honest. I have humility. It ain’t always what you’ve got. It’s the way that you use it.

OLSEN: That’s a little inappropriate, in this context.

CUMBERBATCH: In this context, it’s not inappropriate. What context are you referring to? And now she drinks her tea.

Benedict, you get to portray different versions of Dr. Strange, first in What If? and now in this film. What has been your favorite part of getting to explore other sides of the character?

CUMBERBATCH: What the Strange we know learns really from that, this multiversal narrative structure or idea is in our own lives. We play multiple roles. We have an incredible capacity and imaginative space in our subconscious to imagine ourselves in different circumstances in our dreamscape. I feel that this is an extrapolation of that, in the sense that he’s meeting other versions who are essentially him, but they’ve made different choices in different circumstances with different outcomes. It’s great fuel for a form of very odd, spectacular self-therapy, really. It’s conversations, not just with me, as an actor, with my character, but with the character and other versions of the character.

It’s just a lot of fun to shift up the look, to shift the attitude or the mannerisms or the abilities, and to show he’s the same but different. It’s a fine balance. We pushed it on some levels, and less so on others. There’s the finessing skill that Sam has, to hold all this complexity and go with what makes the most sense for our hero for the story, and I just wanted to throw down as many opportunities as possible. It was a wonderful gateway into doing that.

Benedict, you’ve appeared in a variety of different roles in different genres since Doctor Strange, but after your appearances in the Avengers movies and Spider-Man: No Way Home, and now this film, would you say that playing Dr. Strange is a character that’s defined your career?

CUMBERBATCH: Yeah, definitely. It’s one of the biggest, and it’s given me scope and freedom to support and nurture and finance smaller fair with delicate, difficult stories, and issues that otherwise I wouldn’t have been able to shine a light on, either as a producer or as an actor. I’m incredibly grateful for that opportunity, let alone this richly complex, very rewarding, and fun character to play. I love being your Dr. Strange.

Career defining? I’m on a journey, and this is a huge part of it. I always try to freshen things up and seek different challenges and work with different people, and this job is no exception to that. While there are certain remits to doing a film at this scale, it’s more of a marathon than a complete immersion for a short period of time in a character. It’s incredibly satisfying, the sheer level of inventiveness and childlike joy of playing and pretending that what’s here is utterly different to what is there or isn’t there in the blue or green screen world of it. It’s a fantastic muscle to exercise again, to create authenticity out of literally nothing.

At the same time, I also get the most phenomenal, workable, real-world environments, whether it’s the beautiful Sanctum Sanctorum, whether it’s four blocks of New York City that Charlie Wood, the very brilliant production designer on this and the first film, enables us to be able to shoot and work with, that’s the unsung joy of these films. It ain’t all little orange dots on a green wall, but I like that as well. 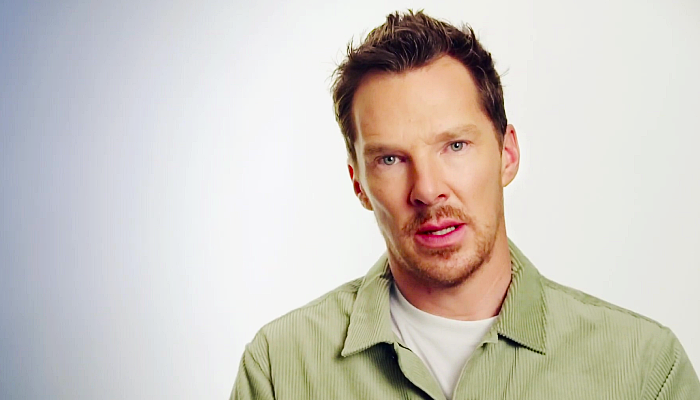 ‘Doctor Strange in the Multiverse of Madness’ gets first teaser, stills and poster